A tactile comic book entitled Life created by interaction designer Philipp Meyer tells a touching story without ink or color. Life is the first tactile comic book ever, and an interesting interactive project using paper as the only material. The story is — as the name suggests – a story of a person’s life, illustrated in the tactile book by a circle. Important stages in a human life are depicted by adding other two circles with different textures to represent a couple, a family, and later a child. The book consists of 24 panels, and each page contains four frames. 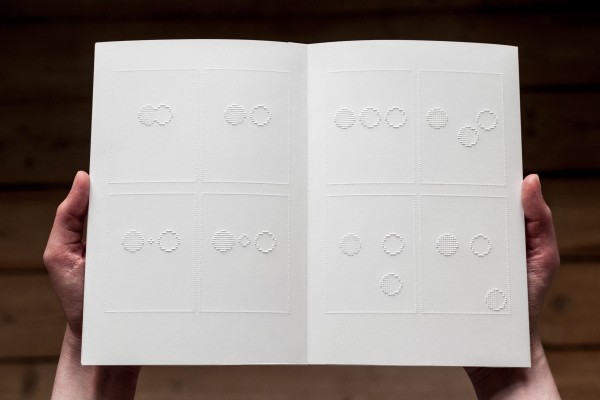 a spread page of the comic book 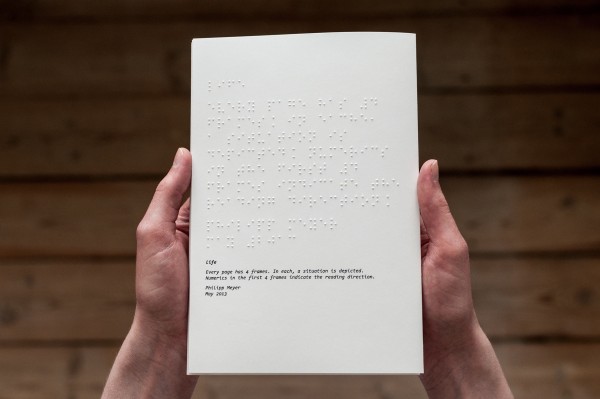 the tactile comic book for the blind closed

Representing different stages in life and different characters exclusively through the tactile sense made the choice of paper and printer particularly important. “I always liked working with paper. In this particular case I really like the idea of telling a story on paper that the reader can read through touching the paper” says Philipp. “I really like that I didn’t have to use ink to tell the story – instead the paper itself carries all the information” he adds.

The tactile comic book is made of custom-ordered paper from the company Antalis, left over from a braille book production by Nota, a library for people with reading disabilities. The paper weighs 160 grams and is made especially for braille embossing, on which the dots of the braille writing stay in shape for longer. Philipp explains his decision to use white paper as a way of avoiding wrong interpretations. “I didn’t want to use colored paper because that would eventually invoke wrong interpretations. If I would have used black paper for example I would maybe rise the thoughts in a sighted reader that a blind person ‘sees’ only black”.

Another reason for choosing white paper was based on the idea of telling a story in a non-discriminatory way. A blank, uncolored sheet of paper which is “the norm” was the best way to convey, the same message to everyone, both those who can as well as those who can’t see, Philipp explains. 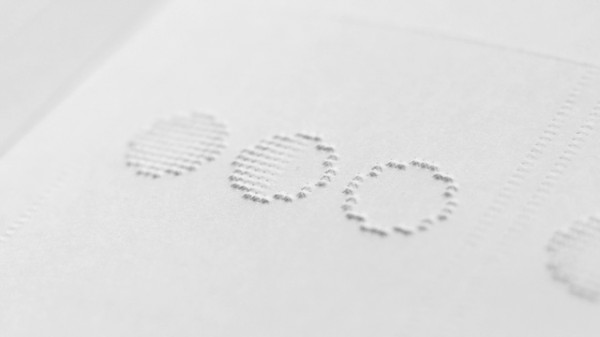 The tactile comic book used a special printer which allows embossing. The resolution of 20 DPI of the printer allowed Philipp to recreate the few pixels on old computer screens. The tactile book used 8 different heights of embossing to distinguish between different textures associated with a certain “character” or stage in life. The “child” represented by a third circle which grows throughout a few frames, is a combination of the two textures of the “parents” circles. In the last section of the book, the last circle fades out as a result of embossing a lower height, making it increasingly difficult to feel the character of the circle, which eventually becomes carved into the paper, thus representing old age and death. 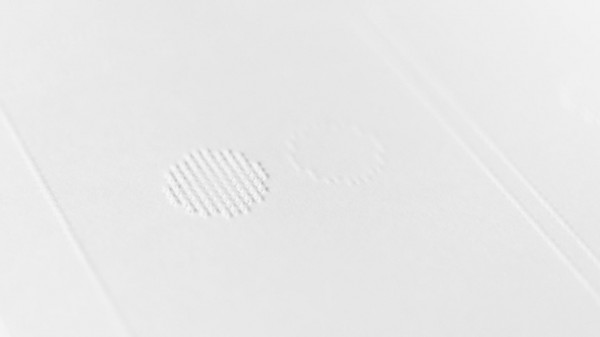 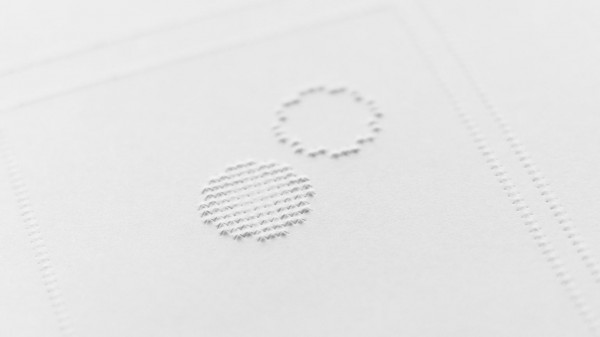 The comic book passed through several transformations. Life transformed from being a hand-bound book in its early development stages to using leporello folding in its final version. The leporello folding allows for less distraction of  the bound book, and can be read either as a book, or spread out on one paper. 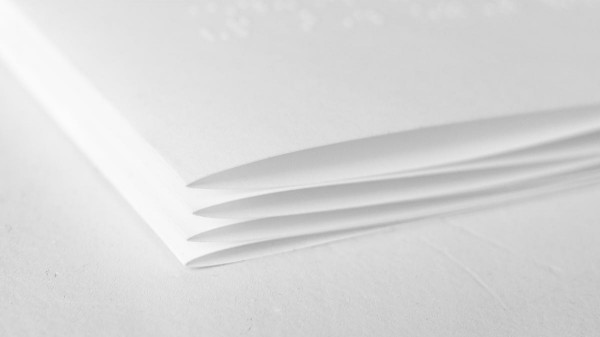 leporello folding of the tactical comic for the blind 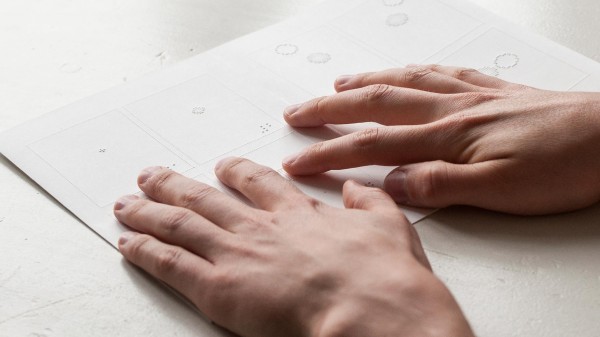 a person touching the tactile comic book for the blind

The comic book  was tested by Michael Drud, who was born blind, and who helped Philipp from the initial idea to the final execution of the project.

“I will never forget the day when Michael read the tactile comic for the first time, experiencing a medium that did not exist in that form before. On that day I realized that it is possible to tell a story – without ink, text or sound – that comes to life through imagination.” —Philipp Meyer