The art of cutting and folding paper has a long, respectable history, and if the yearly number of books released about the topic is anything to go by: ‘paper art’ is equally long from going out of practice.

Amongst a substantial group of artists known for their paper work, Matt Shlian holds his own. He works with multinationals like Apple, has appeared – quite entertainingly – on Sesame Street, and is increasingly employed by a range of scientists and researchers helping to visualize scientific principles. He also exhibits his autonomous work in various galleries and shows. 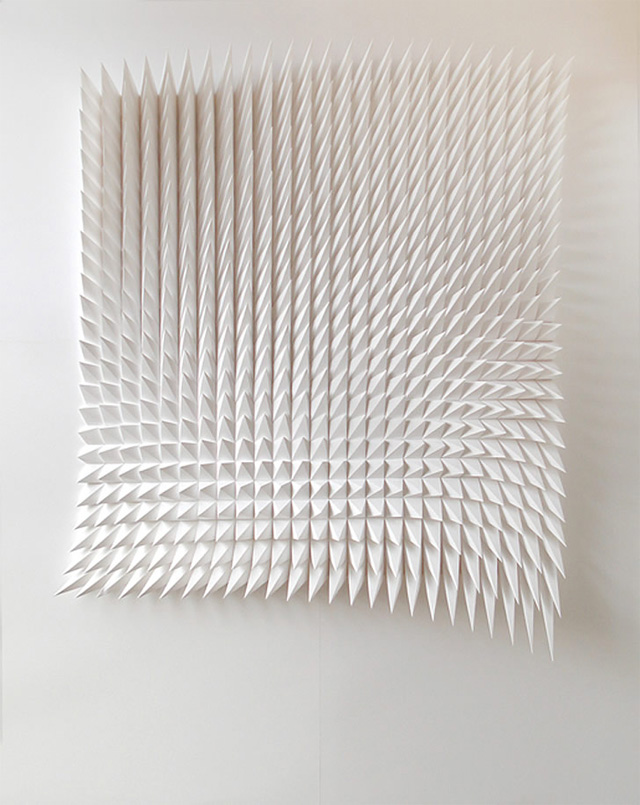 Michigan-based Matt Shlian describes himself as a paper-engineer; a field which he approached from an undergraduate studies in ceramics. It was his “interest in everything,” however, that drove him to dissecting and putting back together pop-up books, and eventually to the work he does today.

Shlian makes use of exacto knives and folding bones as well as AutoCad and a digital plotter cutter. Employing his knowledge of folding techniques and the way paper behaves under pressure he sets to work on his material; looking for new ideas.
The result is folded, geometric sculpture; structures that range in scale from decidedly large, to incredibly tiny. 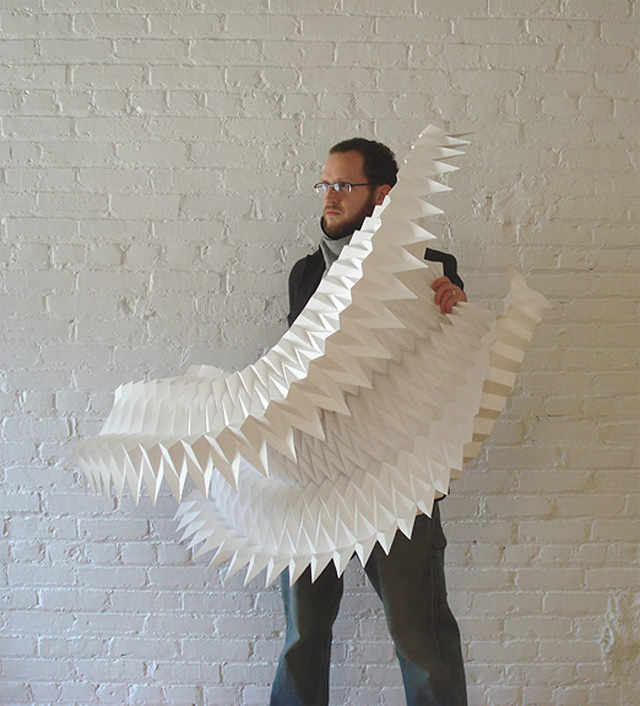 In his TedX talk in 2010, Shlian mentions his initial struggle working in the commercial field. He explains wanting to expand his technique, to push the material further, to make things more complicated where his employers benefitted from simplicity.
Yet Matt Shlian’s work is undeniably practical. Most obviously so in the form of packaging design. His skill and curiosity also prove an addition to scientific fields; visualising principles on microscopic and nanoscopic scales. On his website, Shlian writes the following about his scientific contributions: “Researchers see paper engineering as a metaphor for scientific principals; I see their inquiry as a basis for artistic inspiration.” Be that as it may, his autonomous work, though beautiful, sometimes does appear to be waiting for something; a purpose, an application. Often it seems a possibility more than standalone work. 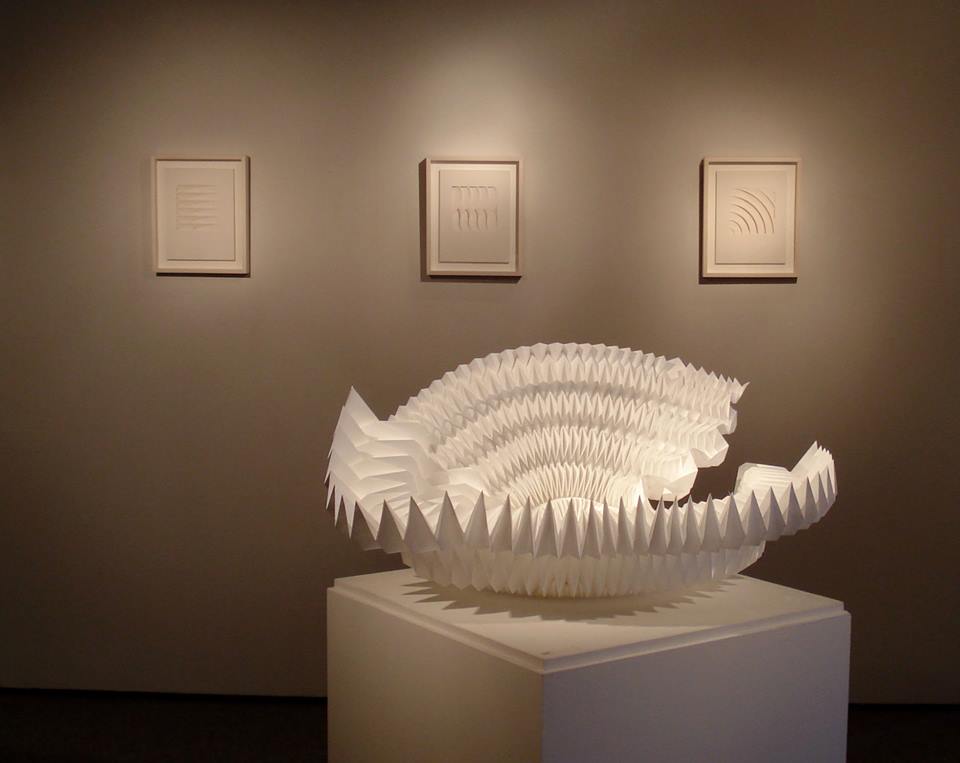 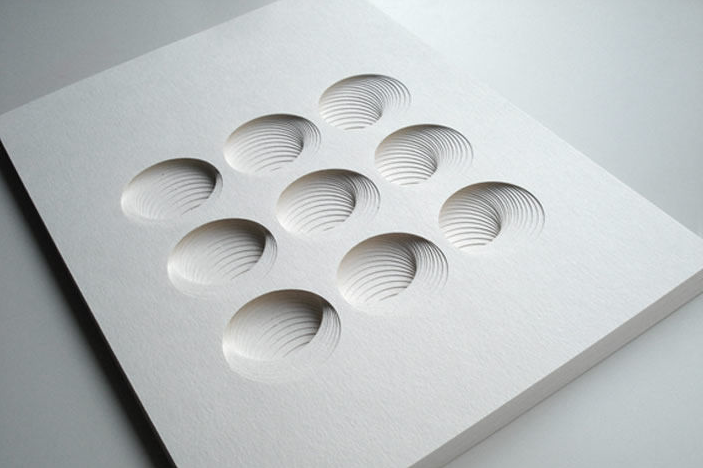 Shlian’s work grew from his natural interest in translating between the 2d and the 3d; not only was paper a natural medium for this, its inherent flexibility and strength, its cleanliness and softness are what make the crazy folds come to life. At the same time, the material is also the star of the work, by applying his secret techniques to it, Shlian allows it to shine.

Shlian employs a range of different papers for his sculptures, most notably Fox River Coronado, by Neenah Paper, which he uses for its whiteness and archival quality, as well as the fact that it doesn’t have a grain direction. For his black sculptures he uses a black Strathmore, which “has a nice tooth to it.” For his large installations he uses Tyvek, the same material FedEx envelopes are made from. This ‘officially’ isn’t a paper at all but is made of synthetic fivers that resemble paper; it has more durability and an even better ability to hold form.

During Shlian’s April 2013 appearance on Sesame Street, he provided what looks like a small scale example of his regular workshops for a probably slightly younger audience: looking for the right kind of material, testing its properties, and creating something much cooler than the sum of its parts.

Photos © Matt Shlian
A short interview with the artist, directed by Jakob Skogheim for Ghostly international.