Collective Paper Aesthetics: Can everyone be a city maker?

These are the words of Buckminster Fuller, the American architect, theorist, author, designer and inventor. Fuller first patented the “Octet-truss” structure that today functions as an architectural element in buildings all over the world. He suggested the structure, shown in the panels below, could be bolted together or held together by epoxy cement.

The Octet-truss is also the main tool for Collective Paper Aesthetics, an independent multidisciplinary studio that works with influential cultural patrons such as Arcam and the Danish Design Centre. CPA is the brainchild of Noa Haim, A Netherlands-based architect, designer and journalist. The studio operates from Rotterdam, and works by connecting the principle of the Octet-truss with things like Buckminster Fuller’s ideas, education, audience participation and of course: paper.

Collective Paper Aesthetics have transformed Fuller’s structure into a paper lattice which is folded into three dimensional polyhedral packs. These packs close with integrated paper joints which also allow for multiple packs to be connected to each other. The trusses can be assembled in multiple directions, generating varied three dimensional patterns. Assembly instructions are integrated into the design. By applying the Octet-truss in this way, Collective Paper Aesthetics aims to pose the question: “Can everyone be a city maker?” 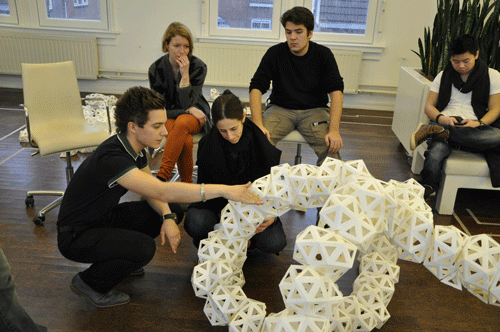 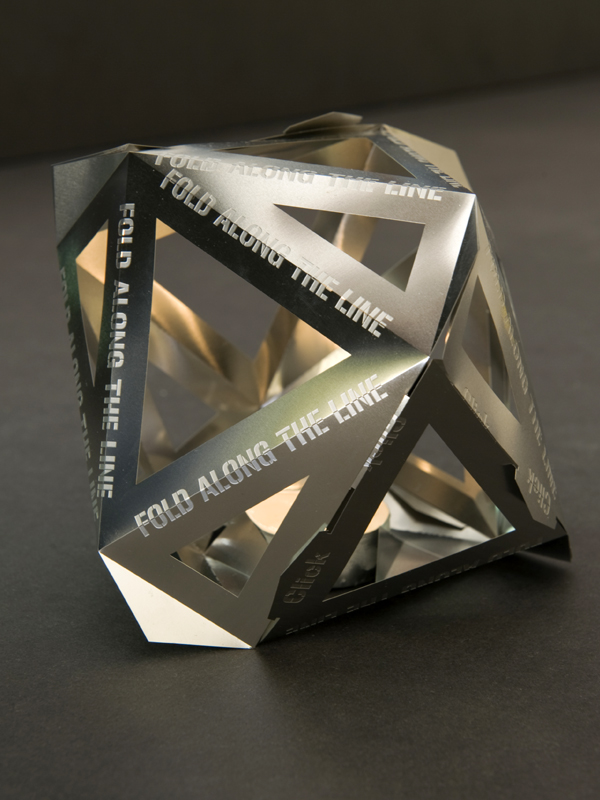 CPA is not the first to imagine this the Octet-truss as a construction toy. Fuller himself even hinted at the possibilities for his lattice structures of breaking away from the rectangular, solid blocks with which we learn to build as children. Collective Paper Aesthetics does add the possibilities the use of paper brings. No bolts or epoxy cement are necessary; all that is needed is something with which to cut the paper. This, plus the addition of instructions to the lattice, make for a playful, almost intuitive way to deal with a mathematic principle.

Peter Peter Pumpkin Eater for example, is a lamp shade made according to the Collective Paper Aesthetics principle. It comes as a flat piece of cardboard which is removed from its surrounding frame and assembled by the customer. Various items of furniture are similarly constructed, such as coffee tables, stools and a candleholder. 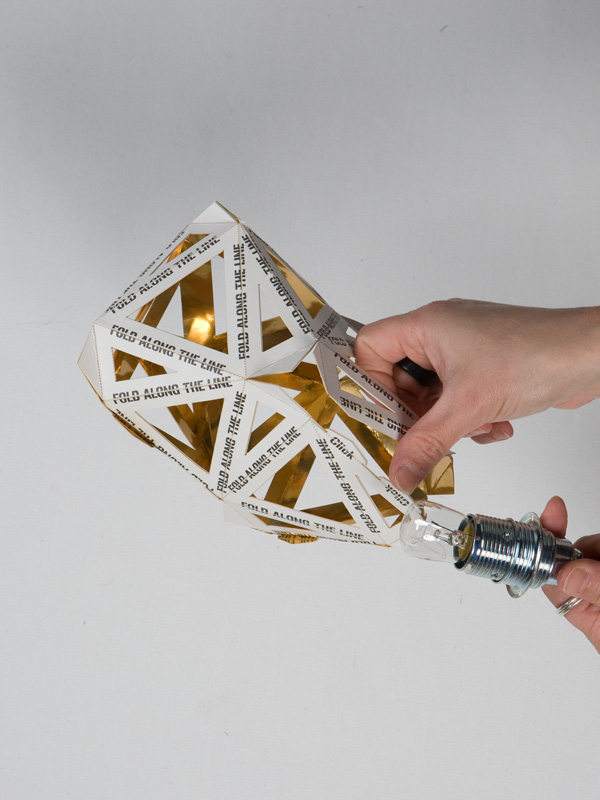 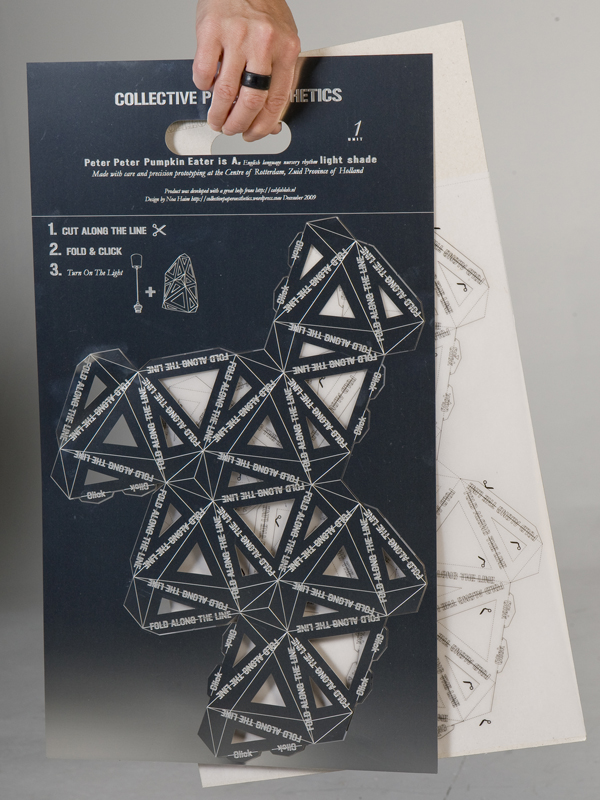 The system’s applications as a puzzle or game are expanded upon further in a series of educational workshops, many of them centered around children. The workshop “Create your own △ shapes” for example, was organised in Tokyo in 2013 and involved children drawing on, assembling and combining the Octet-truss elements on textured, easy-to-fold japanese paper from Takeo. On its website, CPA even presents a mini-scenario for its use as an educational tool in nonprofit situations; asking: “does anyone have Bono’s email?” 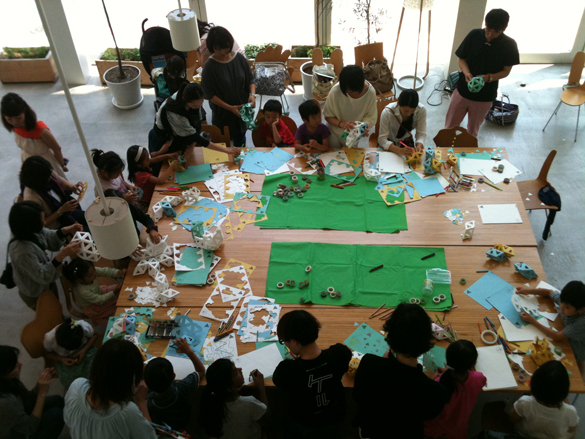 Collective Paper Aesthetics varied and flexible application of the Octet-truss shows great potential as a modular building block without the cost of say: Meccano, and with an added level of temporality. On a practical level, it could also be seen as the ultimate in flatpack assembly, with the paper providing flexibility and the possibility to easily recycle. Is this what Ikea furniture will look like in 30 years? It’s difficult to imagine the day the when the Octet-truss replaces the cube as default building block, but at least we would never be stuck again with that annoying leftover piece from the Ikea furniture we assembled. 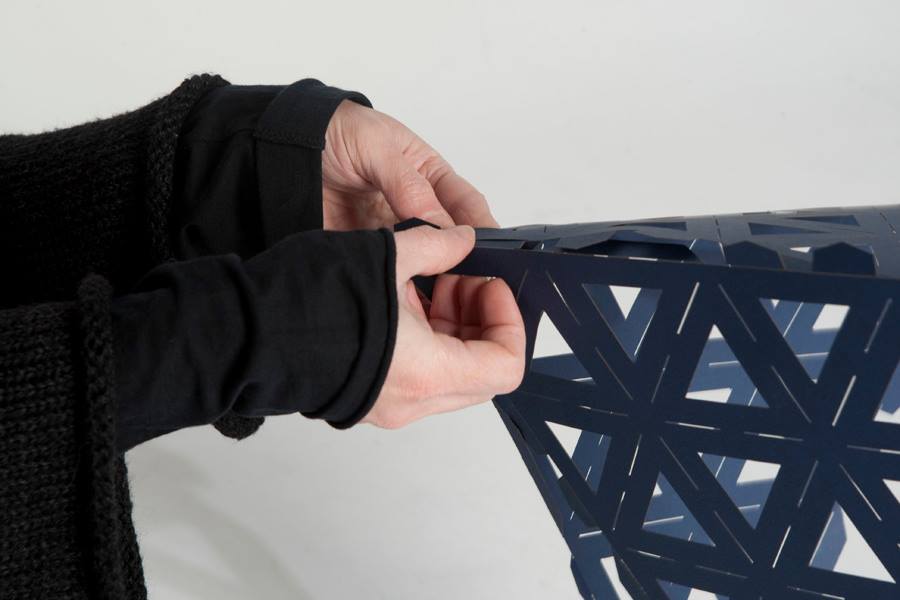