A Cut Above: Bar made from paper brings standalone style to fashion launch

A stylish bar, fit for a lavish cocktail party before being recycled, has been produced by British design studio, Flow Creation using luxury papers from British manufacturer, James Cropper. 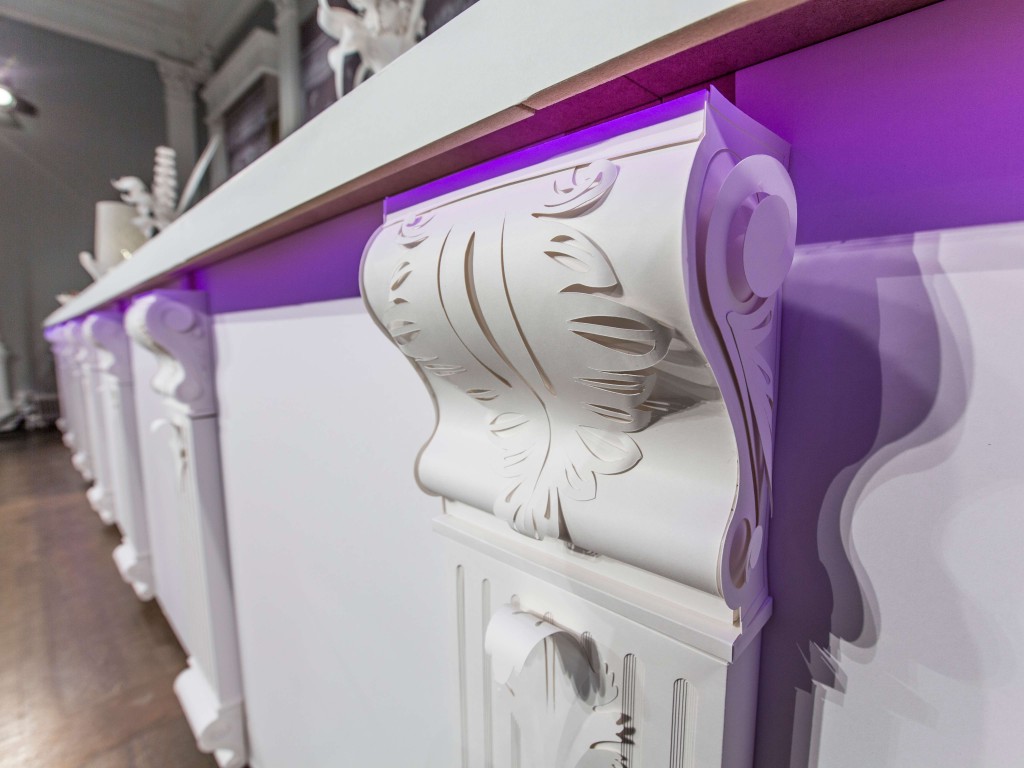 Developed and built by Sam Robins of design studio, Flow Creation, the free-standing bar, made from two different weights of James Cropper’s White Kendal Manilla stock came complete with paper glasses, lamps and fine architectural detail to complement the historic setting. Constructed to stand at the heart of Thomas Pink’s, London-inspired Autumn/Winter 2015 collection launch on Saturday 10 January 2015, the collaboration called on the designer to evoke the crisp freshness of a new, white shirt while testing the qualities of the versatile paper stock.

Following deliveries of 315gsm and 180gsm papers to his Blackpool studio, Robins combined manual hand-working and paper cut techniques with computerised design and cutting processes to develop the bar and drinking paraphernalia. As well as working with Thomas Pink’s commercial team and both event and lighting designers for his cues, he looked to the ICA itself for inspiration, noting detail from the Corinthian columns and ornate cornicing.

Sam says: “Initially I was shocked by the size of the venue; it’s a really grand, imposing space. The bar has grown to 8.5 metres long as a result. Thomas Pink really let me develop the design and specifications with little intervention, simply asking that it did the job of allowing models to interact with it as an alternative to your usual catwalk fashion show. The paper has stood up to every test I have thrown at it, with heavier stock taking the burden of structural support and the lighter weight allowing for decorative elements. Many of the props are really quite large, but can stand without additional support.”

As well as creating lemon slices, martini glasses and even a paper-framed, 3D artwork of the Thomas Pink logo, ‘cheeky fox’, Robins has incorporated LEDs and RGB lighting tape into hidden parts of the bar to ensure it responds to thematic changes during the show. The only structural concession required of the paper, to give models confidence in using the bar naturally, was an MDF sub-structure for surface strength and ballast. To close the event, gathered VIPs of the fashion industry and press were handed pink pens and invited to leave messages on the clean, white surface. 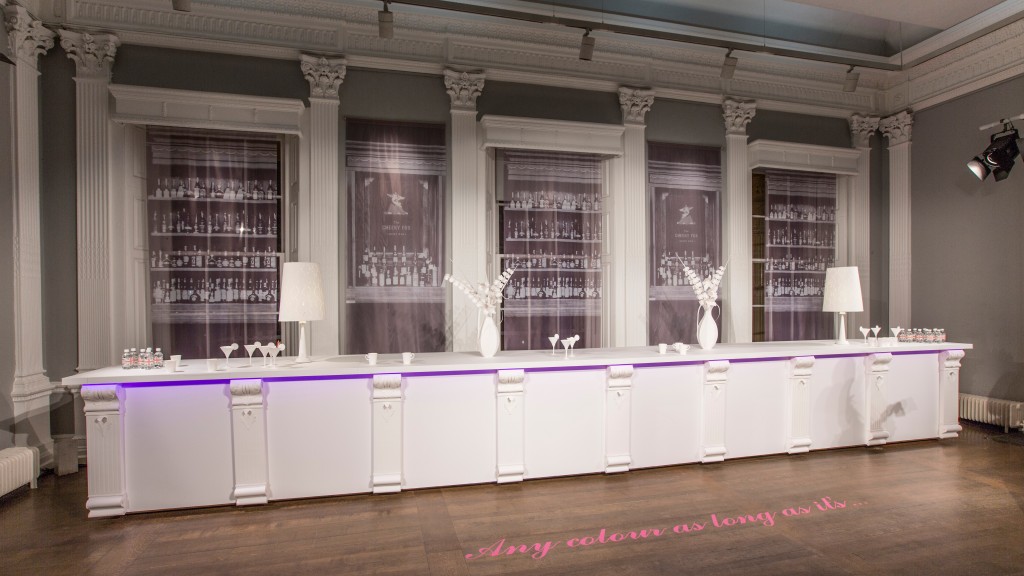 Chris Brown, Commercial Director of James Cropper, said: “Our customers come to us for a product that is perfectly matched to their needs, and in this case our White Kendal Manilla was ideal for laser cutting as well as the purity of its colour. Kendal Manilla has become established as a benchmark in quality in the art, craft and stationery markets and has proved perfect for the intricate construction of this fun, visually stunning project.”

The paper bar will be recycled following the press launch alongside the PINK Drink/James Cropper branded paper drinks cups used to serve cocktails at the event. The Kendal Manilla stock contains up to 40% reclaimed fibres from single-use drinks cups. The reclaimed pulp originates from James Cropper’s own, pioneering recycling plant, which sees the formerly unrecyclable waste material given a new lease of life.

James Cropper is based in the Lake District, England’s first and foremost National Park, with a paper-making heritage that started in 1845. Since its inception the business has been carefully stewarded and nurtured by six generations of the Cropper family.

Today the business is renowned globally for its luxury packaging papers, which accompany many of the world’s most exclusive brands, while the world’s leading artists, galleries and museums use its framing and archival boards alongside its range of conventional artists materials. As well as paper products, James Cropper also manufactures nonwovens from carbon, glass and polymer fibres, which play a key part in production of composites in the automotive, energy and aerospace sectors.

At De Monsterkamer in Amsterdam you can find the James Cropper paper collection and samples of Kendal Manilla paper. Welcome!