Paper can now be used not only to write on, but also to write with. Duncan Shotton’s new pencils made of recycled paper make writing more colorful and fun by creating paper rainbow shavings.

In September last year Duncan Shotton, a British designer based in Tokyo, has launched a Kickstarter campaign to support his project called Rainbow Pencils.

The pencils function like regular wooden pencils and are standard size, but are made of layers of recycled paper. Each pencil has a 6-layer colored core, which when sharpened, make paper rainbows. The pencils come in both white and black finishing and are sold in cardboard boxes in sets of five. Duncan has worked with a specialized manufacture for paper pencils and used patented-technology to create the design. The Rainbow Pencils took two years from the initial concept to the Kickstarter campaign. 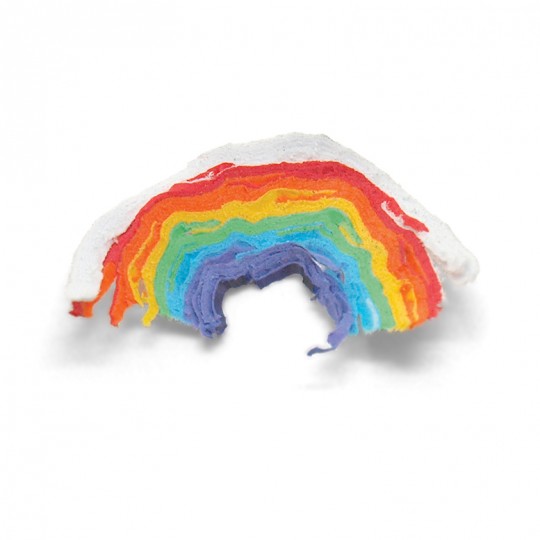 The Rainbow Pencils are not the first attempt to encourage the use of pencils made of recycled paper. Another project aiming to convert office paper waste into pencils resulted into the P&P Office Waste Paper Processor which uses old paper and wraps it around the pencil lead to create brand-new paper pencils. 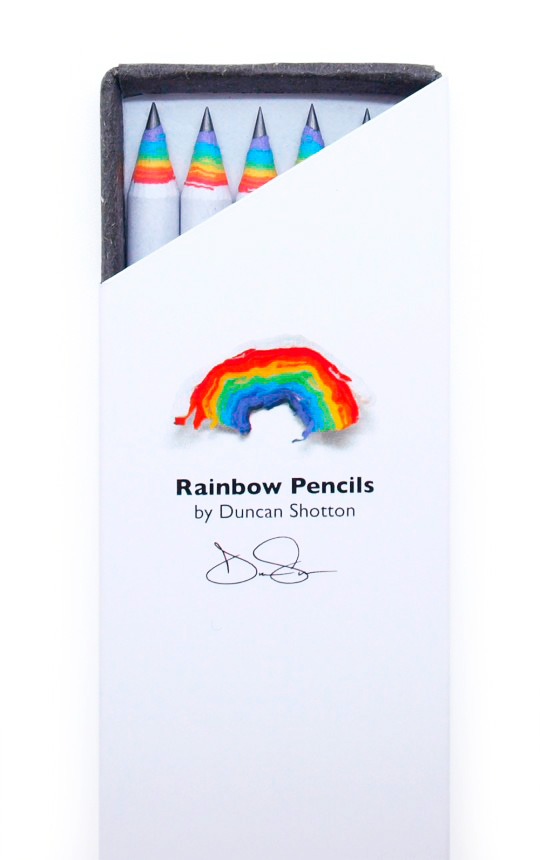 Another project by eco-company Terracycle focuses on creating papers out of old newspapers, as a solution to wasting wood on pencils.

You can buy Rainbow Pencils on Duncan Shotton’s website.